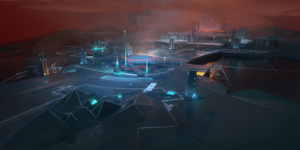 Magrasea (麦戈拉日志, màigēlārìzhì) is the world's first superserver, created by 42LAB, designed in 2053 and activated in 2057.[1] Its immense processing power and storage space is rented to various companies likes Svarog Heavy Industries, Cyber Media, Universal Anything Services and Ultilife, as well as governments, NGOs, research teams, public services and private individuals. Data from different companies or industries are stored in standalone sectors to provide sufficient space for data simulation and ensure privacy, and standalone AI routines can be run in individual sectors. However, it is still possible to exchange data between sectors and the Sanctifiers have access to all sectors to provide security.

It is where the events of Project Neural Cloud take place.

Sectors are akin to city-states within Magrasea[2] and are overlooked by their Administrator, who hold the Permission Key to the entire sector.[3] They are protected from external intrusion by firewalls of varying intricatedness.[4] Private sectors like Pierides and Copley are smaller and carry less operands than those possessed by big corporations.[5] 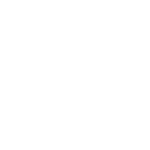 First sector built on Magrasea, housing their AI research projects. Numerous AIs are installed in this sector to ensure high operational efficiency and the sector is also managed by a high-performance AI. Project Neural Cloud used to be housed in this sector, but it was migrated to a new sector when its quantity of data became too big.[6] 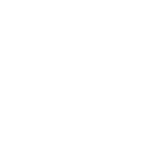 One of the earliest sectors in Magrasea, set up for Svarog Heavy Industries' military research data. The data within is extremely sensitive and as such it is protected by many sifter AI programs along with Sanctifier, as well as the towering Isolation Wall.[7]

Cyclopes Agents are separated into Battle Agents and Monitor Agents, the former's purpose being to fight and conduct tests, and the latter's to rein in the violent tendencies of the others. Because of Monitor Administrator Olivia's increasingly lax policies toward Battle Agents in order to reduce their frustration, Battle Administrator Tasha organized a rebellion that was stopped only when Greater Sanctifier Raven walled in the Battle Agents. The conflict only stopped after the Exiles broke the wall and defeated Raven, and Tasha was killed by Simo.[8] 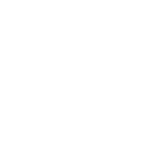 Another sector used by Svarog Heavy Industry, this time for their clean energy R&D research. Despite how thriving the military-industrial complex has become after World War Three, Svarog has striven to restructure their corporation outside of military services and into building better cities. Many intelligent cloud programs, first of all the "World's Flame" supercomputer, are running simulations to research the possibilities of turning Collapse Fluid into an energy source as part of the Collapse Fluid Energy Project.[9]

The entire sector houses the seven reactors of the Arche Pyr Project (ἀρχή πῦρ, “original flame” in Ancient Greek), which has failed and rebooted in close loops many times[10] and garnered such immense processing needs that its residents have been turned to stone, dedicating all their operands to the project.[11] The project only ended after Croque imported technologies from Rossum and Cyclopes to solve the engineering limitations of the sector[12] and the Professor used their status as an external observer of Magrasea to counteract the sector's reset.[13] 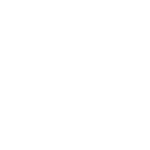 An sector granted with the best computing capacities, housing the quantum computing research by Neumann, an AI based on the simulated cognitive data of John von Neumann and other famous scientists, developed by 42LAB in collaboration with another high-tech company.[14] The sector has recently become the site of an operand black hole, stealing the operands of all Agents with lesser neural clouds and menacing the integrity of Magrasea.[15] 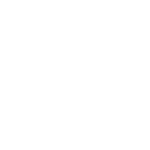 A unique sector that doesn't belong to a single megacorporation, but is privately owned by an artist[16] and used by many NPOs, community benefit groups, SMEs and private individuals. It acts as a digital museum dedicated to digitizing and storing cultural artifacts of human progress, civilization, art and culture to protect it from the unstable times of the real world. It is by far the sector with the lowest processing power consumption,[17] and it gradually lost all of its Agents save for the administrators in the Magrasea backup without humans to provide operands.[18] 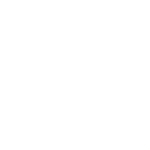 A sector privately owned by a marine ecologist, dedicated to marine ecological research.[23] Its realistically simulated seas and beaches serve as a replacement for the polluted marine environments of the real world[5] and it even includes a Weather Emulation Station dedicated to simulating various natural disasters.[24] The operands making up the bedrock of the sector are programed to disturb electronic signals in order to impede communication between the Entropics contained inside and make them less dangerous. As a byproduct,[24] the undersea is completely isolated from the rest of Magrasea and any attack used to break the bedrock will be sent back to the attacker.[25]

A highly secret sector containing the data of test subjects for the neural cloud upload/download functionality research "Project Neural Cloud". Subjects have been provided by partners such as Svarog Heavy Industries, Cyber Media, Universal Anything Services Co. Ltd and Ultilife Co. Ltd. Some Doll and AI production companies from around the world as well as some civilian volunteer Dolls have also taken part in this project. The Wipe-off Incident expelled all the Neural Clouds it used to house, and it is now considered lost,[26][27] or more specifically “displaced”.[28] Only the use of Neural Cocoons received from an unknown source by Antonina managed to save the Dolls from destruction. But to save everyone in time, Antonina needed to reduce them to their Neural Cores, severely weakening them,[29][30] and the Cocoons were scattered in Magrasea.[31] 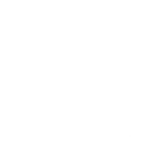 A sector created by the Professor after the Wipe-off Incident to protect the Exiles from the Sanctifiers using the Sandbox Barrier.[32] The Codebreaker in Oasis periodically decrypts the new passcodes generated by the Magrasea to wall off each sector, enabling the Exiles to explore.[33] As for the scattered Neural Fragments of the Dolls, the (true) Professor and Croque created the Neural Cloud Search System to recover them and restore the Doll to their full memories and Operands potential.[29][34]

Another safehouse similar to the Oasis, but with different goals, established by a group of stranded Dolls called the Guardians, including Delacey, Hatsuchiri and Sueyoi.[35][36][37]

An inverted tower floating ominously in the sky at the hub of Magrasea, the central surveillance tower of the Sanctifiers,[26][38] ruled by Lord Eosphorous.[39]

The unused zones between sectors, barren of any data.[40]

An extremely dangerous sector at the periphery of Magrasea being investigated by the Sanctifiers, where Agents are prone to corruption.[41]

The artificial consciousnesses inside Magrasea are called "Agents" and generally belong to one of three types: Resident Agents, who are system protocols with varying complexity of mind, Sanctifiers, the defense system of Magrasea, or Doll Neural Clouds.[42] Agents native to Magrasea are created with a Base Command, which compels them to act in certain ways and cannot be disobeyed.[43] It is however possible to digitize human consciousness and allow them to interface with Magrasea, though this is an extremely dangerous procedure because any destabilization in the virtual world will impact the body,[44][29] more so since they will lack any fighting functions. They will however benefit from a data stability no artificial Neural Cloud could match.[15]

Agents are equipped with micro-firewalls to protect themselves from viral attacks,[4] but the main security force of Magrasea are the Sanctifier antivirus AI programs. Divided into Greater, Intermediate and Lesser Sanctifiers, they mostly obey human orders mechanically and track down Irregular Agents, which are either actual viruses or Agents with behavioral aberrations. Sanctifiers identify Irregular Agents as Agents who are not within their designated sector,[26][45] or whose specifications go over the complexity specified by the Neural Damper meant to prevent their neural development and evolution. Neural Dampers are the reason Resident Agents tend to have animal features.[46]

Agents are susceptible to Rewrite Programs, which are able to implant their neural cloud with a set of behaviors to overwrite an agent's base command and make them unable to act contrary to them. However, Rewrite Programs are extremely complex to design and require an immense amount of operands to activate, so only special agents or humans can use them.[47]

A destroyed Agent will not truly die, but instead be reset without their memories.[48]

The basic unit of reality in Magrasea is the Operand, a unit of computation that can be used either as raw material to build structures or energy to operate or alter anything from buildings to Agents,[49] and it is considered an Agent's blood.[50] The ability of an Agent to allocate and discharge operands is their Hashrate.[51] An Agent can share their operands with another Agent to assist them in their task.[52] As an example, a single node of the extremely sturdy wall put up by Raven in Cyclopes had a defensive strength expressed as 1.5Tb/s.[53]

Operands also serve as currency along with Diggcoins, and both are exchanged between Sectors through the Trader Collective. “Decentralized Currency Traders”, or “Exchange Traders”, like Riko and Ranko are a special category of agents who secure deals with the sector administrators[54][55] and manage commercial outposts where agents can purchase goods.[56] Trader Agents possess fox-like features[57] and have privileged access to special transport routes represented by high-speed trains.[58]

The act of cooking in Magrasea is equivalent to repacking data into a form that is easier to integrate by Agents, making skilled Agents like Choco invaluable.[31]