There are different types of Tactical Dolls (T-Dolls for short), each with their own usage. Each T-Doll has their own stats, buffs, and actives that makes them unique to others of the same type.

Handguns (HG) are very useful for an echelon since HG formation tile buff affects all types of T-dolls. However because they can't inflict much damage themselves and are very fragile it's not advised to put HG without protection. HGs use very little resources in terms of ammo and rations among all T-Doll types.

Sub-Machine Guns (SMG) known to have higher rate of evasion but at the cost of low accuracy. SMGs are focused on the frontline as their evasion rate will help them avoid damage to protect other T-dolls behind them. SMGs provide formation tile buffs for ARs.

Assault Rifles (AR) are reliable generalists which are very useful in almost any situation on the battlefield. They can be very good at dealing consistent damage, but can struggle against enemy armored targets where more specialized damage dealers are needed. ARs provide formation tile buffs to SMGs.

Battle Rifle/Sniper Rifles (RF) is the T-doll that specialized for DPS due their type of caliber in real life. Combining high damage and/or ROF with higher accuracy and the ability to equip Armor-Piercing Ammo, RF are very useful against armored enemies. As RF have low evasion and low health, it is not best to put them on the frontline and perform much better when protected by other T-dolls. Some RF are blessed with special skill which will deal tremendous amount of DMG and is very useful against Bosses. RFs provide formation tile buffs for HG to decrease their skill cooldown.

Machine Guns (MG) are the type of T-dolls designed to wipe out enemies on sight thanks to high damage and ROF. Most MGs fire at a rate of 150 ROF (3 shots per second) with a few exceptions. MGs must reload after firing depending on how many Rounds they have, their ROF stat affects their reload time instead. Same as RFs does, MGs also capable to equip AP rounds to increase armor penetration ability against armored targets. It should be noted MG resource consumption is very high among all T-dolls. MGs provide formation tile buffs for SGs.

Shotguns (SG) are T-Dolls designed to be on the frontline as a tank. Unlike SMGs, SGs have lower evasion rate and instead relies on large health pools and their armor in order to overcome damage from enemies. SGs naturally have low rate of fire capping at 60 ROF (1.25 shots per second) and relatively low accuracy but trades this for a chance to apply knockback to enemies. Because of their nature as tank, SGs are placed at the very front of a formation and provide formation tile buffs for MGs.


Although T-Dolls provide buffs for the specified type, there are some exceptions such as M4A1, Carcano M1891, and UMP40. 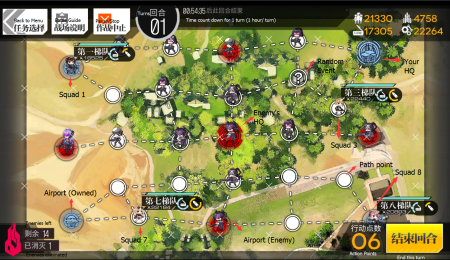 The battlefield itself consists of the Command Post, nodes, node lines, random event nodes and heliports. In order to start the mission, the player should deploy an echelon at the Command Post.

After the turn ends, the enemy on battlefield should stay or move to a different node, depending on the map itself. The enemy will move in a random direction and only has 1 Action Point. A battle will occur if the player moves an echelon to an enemy-captured node.

The player should recapture any enemy-captured heliports, as in several maps the heliports will deploy enemy forces and begin to capture other nodes. The mission is considered a failure if either of 2 events occur: The enemy captures the player's Command Post, or the player's last echelon is wiped out. 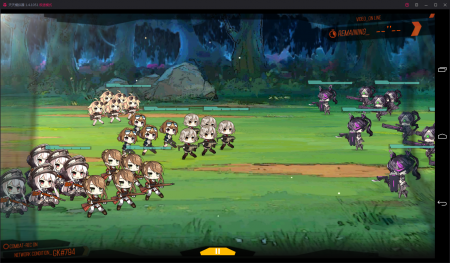 The battle will be a failure if the enemy wipes out all of the player's T-dolls or if one of the enemies moves to empty tiles which are unprotected by T-dolls, and proceeds to move beyond. 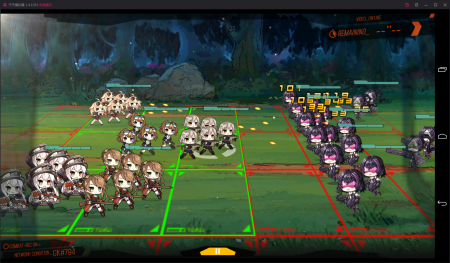 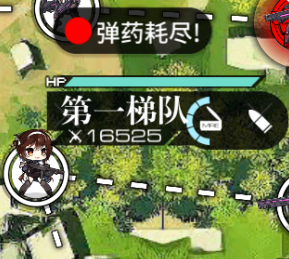 An echelon will consume 1 bar of ration after the end of the turn, and during the battle it consumes 1 ration and 1 ammo. The echelon can still move to another node when running out of ammo, however they can't attack the enemy forces when approaching the enemy nodes. Resupplying at heliport or Command Post is mandatory.

Like any real military unit, T-doll echelons need to be resupplied regularly in order to fight, thus makes knowing how to resupply a vital skill. By default, echelons will automatically resupply when standing on a captured helipad. However, players can (and are usually recommended to) disable "Auto-resupply" option in Settings and do manual resupply instead. To do this, follow these steps: 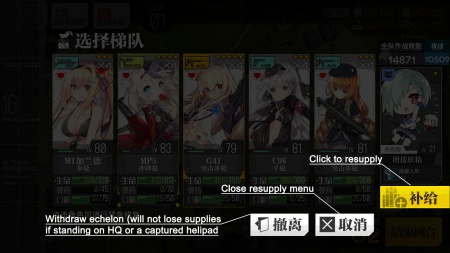 The Formation menu is where Commanders organize their echelons by adding or removing dolls and their position within in the echelon.
Main article: Formation Menu

(This tutorial was discovered and taken from the Discord group)

Please note: check carefully which set of instructions to follow before proceeding.

One of the methods to uncensoring the game is through a simple recipe done in the T-doll Production menu, These recipes will only work on the TW and EN servers, trying them on the other servers wont yield any results except maybe a T-doll, once you do the recipes, the game will need to sync with the server for a few seconds to minutes (which is not shown visually), afterwards when you close and reopen the game it will begin downloading the uncensored CG assets.

Note: Not all the CG files will be uncensored, some of them are outright rejected CG files which will not be downloaded period and some are hard censored which are unaffected by the uncensor recipes and is censored by default. 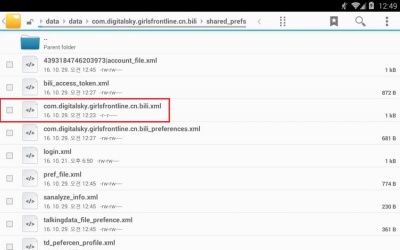 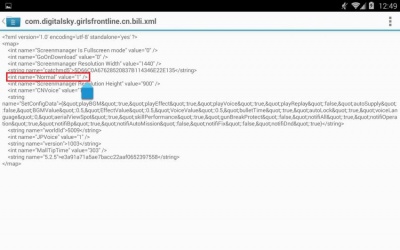 In order for this to work you will need a "rooted" phone or an emulator in "rooted" mode. 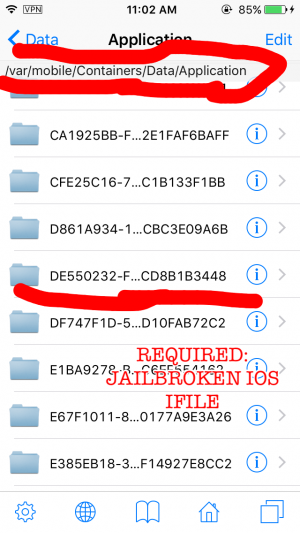 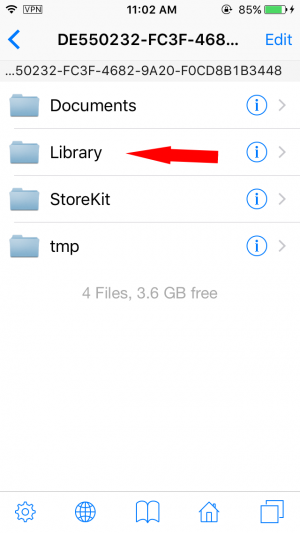 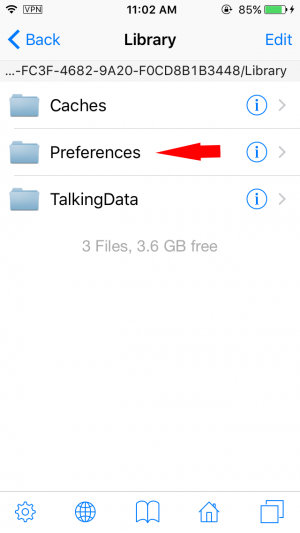 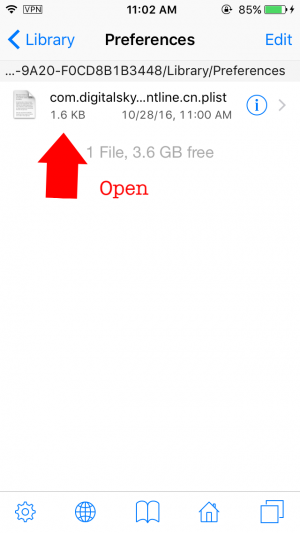 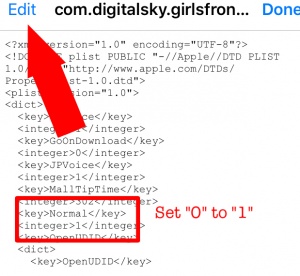 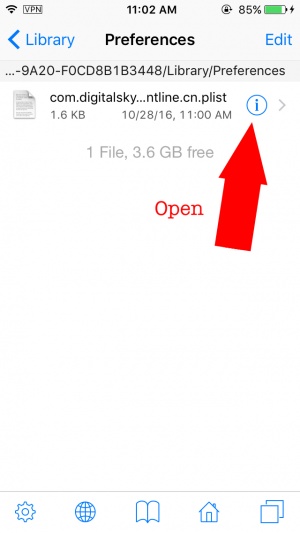 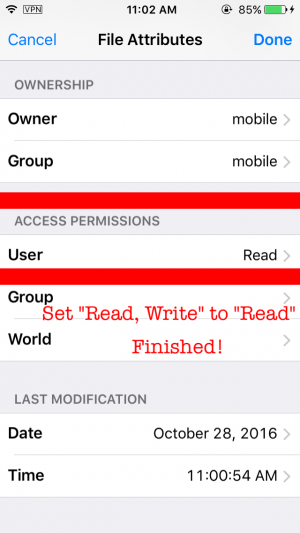 Much like on Android you will need to jailbreak your phone or use an emulator with "jailbreak mode" on.