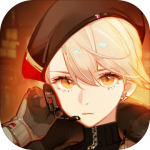 The poster girl for the game is OTs-14 “Groza”.

It takes place in Eastern Europe in 2070, 8 years after the start of Girls' Frontline. Griffin and Kryuger has been dismantled by the government who felt it had become too powerful, but the Commander continues to lead Tactical Dolls in the frontier region between contaminated and safe land after their retirement. As they return from a delivery mission in the contaminated zone, they are attacked by an unknown force who seizes their cargo, which contains a mysterious girl. The Commander must retake the cargo and uncover old secrets and conspiracies linked to relics. The game will have tactical two-dimensional gameplay with 3D graphics using Physically Based Rendering and Non-Photorealistic Rendering. 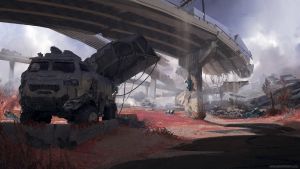 A contaminated area near the Black Zone, still needing to be purified by the European Collapse Radiation Contaminated Region Recovery and Revitalization Joint Development Agreement. Humans or Dolls shouldn't enter the area without protective equipment, and be wary of ELID infected and unidentified roamers. The area is mostly made of deserts and deep ravines with a silicafied soil due to frequent exposure to high concentrations of collapse radiation. Most plants can't survive the soil erosion and frequent collapse storms, but in low terrain areas Epiphyllum flowers with some regional variations can create large clusters able to lower radiation around them outside of flowering period, but sharply increasing radiation concentration during flowering. Damaged beacons, overturned convoys and helicopter wrecks litter the area for reasons unknown. The original buildings are still standing but badly damaged and with signs of post-contamination usage. 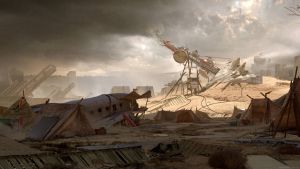 The frontier zone next to the Red Zone, soon to be purified by the European Collapse Radiation Contaminated Region Recovery and Revitalization Joint Development Agreement. Dolls can move in this area freely but humans still need protective equipment. ELID infected are not an infrequent sight, but bounty hunters, members of the Варяг (Varangian) gang and common residents also inhabit the area. The area has desertified, making dry deserts and deadwood forests a common sight, but areas with enough groundwater have turned into marshes, forming oases in low terrain and water-rich areas. Areas with abnormal climates or close to collapse radiation sources experience collapse storms, silicafying the soil and becoming blooming ground for Epiphyllum flowers. Beacons near green zones are well preserved and those near red zones are damaged.﻿ The original buildings are mostly in serviceable condition and lots of abandoned resources can be found in cities and towns so there are signs of the area being inhabited, but residents need to draw from below 100 meters deep to find drinkable groundwater. 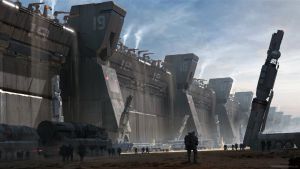 The frontier zone between Yellow and Green Zone, in process of being purified by the European Collapse Radiation Contaminated Region Recovery and Revitalization Joint Development Agreement, currently the core of the New Western Campaign. The Purification Zone's net radiation density is between Yellow and Green Zone on average but there are local variations. Vegetation and terrain are still similar to a Yellow Zone, low-hanging bushes are common but trees are more rare due to a lack of water. New Soviet Union troops occupy areas for extended periods of time, destroying buildings that were too damaged with explosives and monitoring the passage of bounty hunters, PMCs and other paramilitaries. Since the livable buildings are occupied by the army, there are no permanent residents in the area. 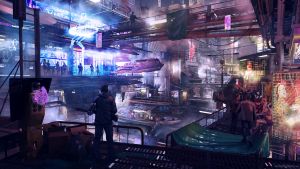 The most recently extended livable areas, without any dangerous levels of collapse radiation. Primary Green Zones have not been selected as targets for reconstruction efforts by the government and have returned to a natural state with the amount of vegetation depending on water supply. Non-Primary Green Zones are still seeing purification processes but are already livable and vegetation has started to flourish again. These areas are the end results of the European Collapse Radiation Contaminated Region Recovery and Revitalization Joint Development Agreement, and the plain terrains with few geological depressions make for easy infrastructure construction. Most Green Zone residents are workers in the factories of White Zone cities, bounty hunters, PMCs and black market merchants implanted with an ID chip tracking their biological and social data. The demography is often controlled by corresponding White Zone cities. Non-Primary Green Zones are largely made up of factories, farms, and regionally-distributed satellite cities with dense and chaotic urban structure, with twisting narrow alleys. During the day, these satellite cities are mostly empty but at night, after the residents return home form work, the city limits blaze with light. 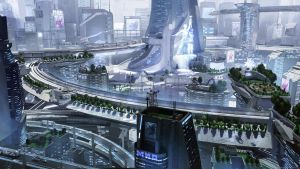 The safest zone possible, cities surrounded by Green Zones and the best examples of purification by the European Collapse Radiation Contaminated Region Recovery and Revitalization Joint Development Agreement. Before World War Three, they were economic, governmental or military zones of activity and have since been cleansed of all sources of collapse radiation contamination and damage caused by radiation has been repaired. Full suites of Collapse Radiation warning systems, pollution prevention, and safeguarding countermeasures have been installed. Urban areas are clearly defined to allow these systems to work at their fullest, temperature and humidity are carefully regulated for the comfort of inhabitants and every inch of space on, under and above ground is being used at its fullest to make up for the limited land available, making for fully vertical cities. Recreational facilities are generally found on the roofs of buildings but there are few areas dedicated to vegetation, though some can be found on the edges of the cities. City traffic relies on dual-purpose elevated roads for cars and light railways. Most light rail stations are found inside buildings, with station names signposted outside the buildings. Car elevators are standard issue for all major buildings. White Zones are inhabited by normal residents and hired PMCs. Each White Zone City has a different population level and class structure, creating a variety of governance systems and cultural organizations.