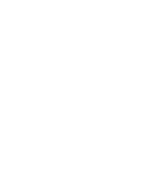 Svarog Heavy Industries (火神重工), СВАРОГ in Cyrillic, is a storied and massive industrial corporation created in the 1990s,[1] mainly involved in military, energy and foundation construction sectors, with remarkable results in the fields of smart cities and new energy sources. Svarog boasts equally impressive achievements in the Doll manufacturing sector, and they have spurred the progress of "industrial smartening". Supposedly, their flagship project known as the "Noah Reactor" was led and designed by their CEO Elon Thomas, but has made heavy use of engineering Dolls for implementation and completion.[2] "Svarog" is the Slavic god of fire and blacksmithing.

Svarog has partnered with Griffin & Kryuger to provide high-altitude directed EMP bombing runs able to deactivate Sangvis Ferri units and ringleaders for capture[4] after their location has been marked.[5]