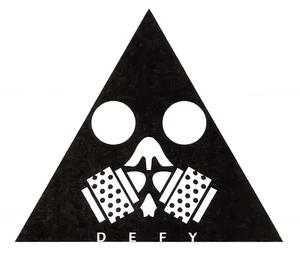 Task Force DEFY[1] (忤逆小队) is an elite Tactical Dolls team led by Angelia and formed in 2063.[2] Regular members are newer elite models of Tactical Dolls capable of great autonomy in the field, hence the name of the team.[3] To those who heard about their existence, they are known as a “Wolf Pack” of the most elite T-Dolls, with AR AK-12 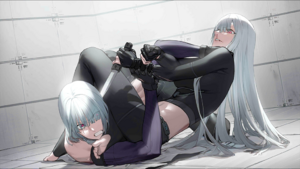 used a suicide attack against Elisa during Sangvis Ferri's assault on Area S09, Angelia sent Squad 404 recover her body parts as she wanted her skills for DEFY. AR-15 was reassembled and upgraded by Dier and joined DEFY as a way to prove her individual worth outside of AR Team.[7][8] Angelia and DEFY were deployed by Statesec during the joint assault on Sangvis Ferri's main base by Griffin & Kryuger and the KCCO to discover the latter's reasons for capturing Elisa.[9] After the KCCO turned on G&K troops, AK-12 and AR-15 were dispatched to recover M4A1, who accepted to join the team temporarily in order to get revenge on Elisa.[10] By collating information gathered from hacking KCCO's field servers and transmissions with Persica and Havier Witkin, DEFY discovered the military's plan,[11] but political pressures prevented Statesec from intervening overtly and Chief Zielinski ordered DEFY to disrupt KCCO's plans without assistance.[12] Even with the backup of Squad 404, DEFY failed to capture Elisa and Angelia used a Collapse bomb provided by Witkin at the risk of her own life to fabricate a motive for Statesec to take political action against the KCCO.[13]

While M4A1 and ST AR-15 chased Elisa after the detonation, AK-12 and AN-94 worked with G&K to extract Angelia from the radiation zone.[14] Angelia considered having DEFY's neural clouds wiped and giving the team to G&K in the event of her death,[15] but she was successfully extracted and M4A1 and AR-15 joined the team back. Angelia retained her authority on DEFY despite being considered a traitor by Statesec.

DEFY was later involved in the Belgrade events, at the end of which M4A1 and AR-15 left the team to join back AR Team and G&K. 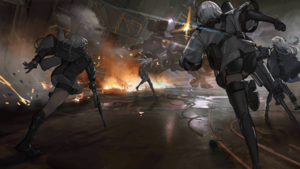 DEFY later infiltrated the Paldiski Submarine Base ahead of G&K's assault. 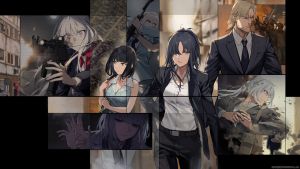