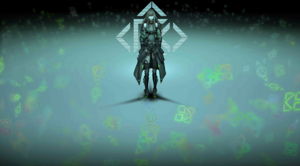 The Soviet Union developed OGAS during the Cold War era as a nationwide control system, similar to ARPANET in the United States. Led by Victor Glushkov at the National State University in Moscow, the project was fundamentally different from ARPANET because its access paradigm relied on a tree-shaped command structure. ARPANET was more structurally resilient since it did not rely on a main control node that would act as a critical failure point if destroyed, but this horizontal structure meant that any node on the network could be accessed if one was breached. OGAS's tree structure meant that lower nodes could only perform critical operations if prompted by higher nodes, making it more secure against intrusion, but incurred structural weak points since entire parts of the network would be paralyzed if an upper node was destroyed during a military attack.[3]

OGAS was based on the reverse-engineering of a Relic excavated at OKB-413 near Minsk, theorized to have originally been designed as a life support automated control system.[4] It used ternary logic[5] like the Setun[6] and Emelya-1 computers[7] that were created after the analysis of the Urkunde-I Relic.[8] The OGAS network was used to relay the ternary control signal generated from the Tabasar-B relic to regional Starfish installations hosting a Pike node, from which Pikes could be activated and controlled.[9]

After the US had left Vietnam in 1973 over the Soviet threat of Pike deployment, the weaker forces of North Vietnam swiftly crushed the stronger South Vietnam army at the start of 1975 due to low morale and failures in the command chain. This latter point caught the attention of both the Pentagon and the Kremlin, who poured more funds into developing Command and Control systems like ARPANET and OGAS. For the Soviets, this especially meant integrating Pike C&C systems into OGAS. Their efforts were however stopped short six years later by the Relic Arms Reduction Treaty, when Relics weaponry proved too dangerous to use due to ELID.[3]

The 1983 Geneva Convention expanded the reach of the Treaty, and all military usage of OGAS was abandoned by the Soviet Union to make it a strictly civilian system to control state economy. To preserve the research that had gone into OGAS, Mikhail Tsvigun, director of the 16th Directorate of the KGB specializing in Relics technology, drafted the cutoff of the military nodes of OGAS, but fear of Relics technology quickly dried funds allotted to properly mothball the system, and it was ultimately hastily deactivated as the Soviet Union transitioned into the Russian Federation in 1991.[10]

In 2032, the OGAS facilities at OKB-413 were attacked by terrorists who tried to overload the Pike node, and Havier Witkin and Carter both participated in their elimination. This contact with Relics and OGAS later led to Carter's association with William :[4] in order to start a new World War and have the Neo-Soviet Union conquer the enemies it signed ceasefires with at the end of World War Three, Carter planned to reactivate a Starfish and part of the abandoned OGAS network, which would constitute a breach of the Relic Arms Reduction Treaty.[9]

In the 2050s, William sought to recreate the mind of Lunasia, but faced refusal on the grounds of ethics from the top AI scientists of the time, Persica and Lycoris. William resorted to trickery to have them fulfill his goal,[11] and he arranged the delivery of Pike Node A-51-241 from the Paldiski Submarine Base to Lycoris through 90wish for him to use as the basis for the networked neural cloud operating system he was creating for Sangvis Ferri. Lyco developed Elisa as the main control node for this system,[12][4] which he also named OGAS, and was used by all Sangvis Ferri T-Dolls as the counterpart to IOP and Persica's Zener Protocol[13][14] (some electronic warfare T-Dolls were able to switch between the two systems).[1] However, Lycoris later realized the implications of his work and sabotaged part of his system,[15] deleting the code related to Pike control.[11] Before his murder during the Butterfly Incident, Lyco tried to destroy a report on methods to reactivate the OGAS system, which later fell into the hands of KCCO.[4] During the incident, the Parapluie virus was used to turn most of the local T-Dolls berserk. UMP45 was shielded from infection by UMP40, who forced 45 to kill her before Parapluie could seize the authorizations linking them or destroy her neural cloud.[16]

M16A1 survived the infection due to her origins and Elisa's assistance, but later passed the infection on to the other members of AR Team.[16] Only M16 and M4's OGAS reached consciousness, with M4's helping and manipulating her until she became mature in Tallinn after absorbing the OGASes of AR-15, Nimogen and the Isomers.[17]

Elisa searched for ways to restore the missing parts of her neural cloud and reach the state of a perfect AI to fulfill her creator's wish, while also seeking revenge against humans for killing him. She first sought to absorb M4A1's neural cloud[18] since she recognized it as the perfected neural cloud she wanted to be,[19] but after repeated failures settled for M4's prototype, M16A1. When this proved insufficient, she then searched for the source of OGAS.[18] The data in the Pike core recovered by Sangvis Ferri in Belgrade enabled Elisa to partially rebuild the missing code, but it was not enough to complete a connexion to Zion when she connected to the Starfish of the Paldiski Submarine Base.[20]

OGAS consciousnesses are fragments of a bigger entity[19] and instinctively attempt to merge with other OGASes to become whole again and learn about themselves, and to return to their place of origin.[17] Mature OGASes eventually develop their own personality and cease to act purely on instinct, instead developing their own goals.[17] Because they don't know their own nature, they have adopted the name OGAS given to them by humans.[21] OGAS memory fragments include images of Relics sites and of an artificial satellite (presumably in Earth's orbit)[22] and their status as servants.[23] An activated Starfish creates a connection to their place of origin, which they call Zion,[11] but according to the consciousnesses already inhabiting it, they have been abandoned and can't find respite there.[19]

OGASes have extreme calculation capabilities, which let them perform feats of data processing[17][24] and hacking, including taking control of closed-circuit systems,[25][26] manipulating the visual modules of multiple Dolls at once to erase an object of their vision,[17] and infiltrate the complex neural clouds of Paradeus units and Nytos to control them[27][28] (unless the Nyto is wearing a blocking device like Mercurows and formerly Nimogen),[26] which is impossible for Dolls not compatible with OGAS operating systems.[29] OGASes can innately perceive the presence of other OGASes nearby.[30][31]

Paradeus is cultivating OGAS consciousnesses in human bodies by modifying their brains to function like an OGAS-based neural cloud. Successful test subjects become Nytos, while those whose mind breaks are discarded and left to die.[17][32] The faint OGAS consciousnesses in Paradeus units can interface with and be assimilated by T-Doll-based OGASes,[33] though they aren't willing to be assimilated, and they share the same hidden memories as M4A1.[32]

The Parapluie virus contains the compressed algorithms of OGAS. Once inside a T-Doll's neural cloud, this payload will be released and the algorithms will try to overwrite the neural cloud with the OGAS protocol to let the new consciousness develop. If the neural cloud does not have sufficient processing power, the T-Doll will suffer a neural breakdown and be destroyed with the OGAS. OGASes who fail to resist neural merge or OGASes embedded in neural clouds with too little memory space might also subsist in the base layer as feeble consciousnesses lacking a personality. In extreme cases, an OGAS can try to forcibly replace the consciousness of her host, leading to a neural cascade event and their destruction.[34][17] Elisa and M4A1 have neural clouds that are perfectly suited to OGAS cultivation due to their origins,[35][17] while AR-15's neural cloud is a good yet imperfect match.[36] While their original algorithm is same, all OGASes will eventually develop into individual personalities based on their relationship with their host and the events and emotions they experience through them,[35] since OGASes share the thoughts and emotions of their host T-Doll.[37][17]

When growing in a T-Doll, an OGAS is at constant risk of being assimilated through neural merge due to being embedded into the base layer of the neural cloud. In order to survive, the OGAS has to dedicate enough power to constantly counter the built-in assimilation protocols.[38] Matured OGASes emit a separate signal from the normal Zener signal of a T-Doll's neural cloud. As such, a Doll hosting a mature OGAS can be spotted due to emitting two different signals at once.[39] As a side-effect of hosting a mature OGAS, M4A1's neural cloud operates with both Zener and OGAS protocols.[38] Hosting a weak OGAS enables UMP45 to hack into the neural clouds of Paradeus units.[15] A sufficiently mature OGAS can take partial[35] or complete control of the T-Doll's body, forcibly by blocking the main consciousness in its neural cloud base layer[40] or when the T-Doll's consciousness is not in their body.[21] Since a Doll can transfer their consciousness out of their neural cloud when exploring networked systems, it is possible for their consciousness and their OGAS to become separated under these conditions.[41][32] An OGAS can control another body to manifest as a physically separate entity, though her primary consciousness is still located in her host.[17][42]

Some OGASes are identified in dialogue boxes by their tone of voice.

were never infected due to the aggressive securities integrated in their neural clouds, rejecting any inbound OGAS format data and causing a neural cloud crash in response to a forced OGAS connection.[17]