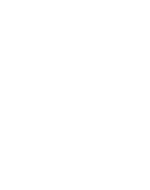 42LAB is a research lab with impressive technical capabilities collaborating with many tech firms and research organizations from around the world. They have created many high performance research Dolls to push forward the development of AI and quantum technology. It is a part of the International Institute of Quantum Studies (IIQS) in all but name, and used to be headquartered in Maryland before moving to Eastern Europe after World War Three. 16Lab is technically its subsidiary.[1].

In 2053, 42LAB started collaborating closely with I.O.P. in the field of Doll research and developed next-generation Dolls. In 2057, 42LAB started Project Neural Cloud in order to make Autonomous Doll neural cloud backups possible. Critics believe that if the project succeeds, it would be a significant milestone in Doll technology.[2] They have created Magrasea, the world's first superserver, supporting immense computational power and storage capacity for the benefit of research and private companies.[3]