The 2019 winter event of Girls Frontline, Isomer describes the follow up story after story Chapter 11, with Griffin & Kryuger's new task relayed from the Security Bureau by Mr K. The event on CN servers (BiliBili/DSky) starts after the maintenance on 24th of January maintenance, and closes with 28th of February maintenance. The event code name is Isomer. Other Asia servers will start the event on a later date.

Both interface and overall gameplay difficulty of Isomer is considered reduced when compared to previous events Continuum Turbulence. Despite the event offers normal and hard difficulty, all of the event rewards (except for additional medals) are obtainable from normal mode. Normal difficulty can be completed with lv80+ 4x expansion T-Doll echelons with decent graded equipment and fairy/HOC back ups.

Isomer is scripted by three separate story routes with no dead ends and placed on one continuous timeline. But however players cannot complete one route at a time, all three routes have to be played, if one route is met with a dead end, simply play another. 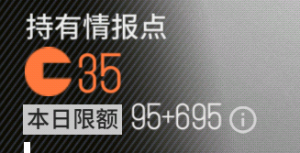 A daily cap of total Available Intel pts are in place, likely to prevent players from rushing the event and completing it on one day. The Daily cap sums up to 200, unspent points will be accumulated to the next day, the pool of unspent points does not have a cap and can accumulate indefinitely.

The small symbol below the node shows the crate eligibility

Few newly added objects on the map nodes can be interacted with and/or has impact on the strategic aspect of the game, listed as following. 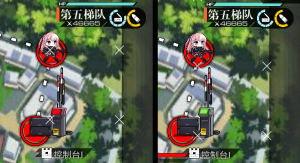 Interactive interface locats to the left 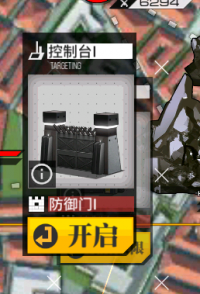 Swipe up and down to switch between available options

Control stations are placed on certain maps, interacting with them usually triggers another object on the map, such as the opening/closing of a defensive gate.

A closed gate blocks access, notice the greyed out routes

Defensive gates controls passage routes, the node under a sealed gate cannot be access by either the player's units nor enemy units. A control station can open the gate, revealing access. Note that any units standing on the gate node will take heavy damage when the gate is shut on them effectively halving their HP every time the gate is shut on them, this will work even on elite/boss units. 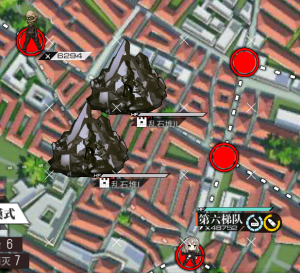 Blockades formed by rubble piles, denying access to both friend and foe, note the greyed out routes

Rubble piles functions similar to a gate, prevents access to the node it's on. Rubble piles can be removed via two means: 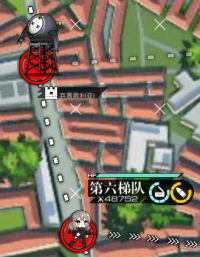 Node with an abandoned Golyat unit 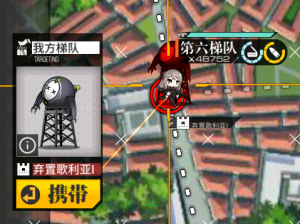 Interactive interface that allows echelon to pick up Golyat

Option for detonating near by rubble

Abandoned Sangvis Ferri Golyat units can now be found on certain maps, players can order echelon to pick them up and use them to detonate infrastructures such as rubbles. In addition to rubble destruction, Golyats can be planted and used as an explosive trap on Access bridges.

Access Bridges work as the opposite of Rubble Piles. Usually a part of a strategic path used by friend and foe alike, players can plant Abandoned Golyats on Access Bridges as mines. The Golyat will severely damage the next unit that uses the bridge and will also destroy the bridge, preventing any further access to the node. However, the unit that triggered the mine can still cross to the other side, so be careful. (This might be a bug.)

Below is a link to our strategy guide for the event, applies to all servers. Isomer doesn't possess chapters like most Major Events, instead its seperated by 4 distinct stopping points, which require you to complete all respective routes before being able to progress.

The story revolves around Angie's DEFY task force, G&K, Russian Federal Security Bureau, The White Faction (Revealed as Paradeus as of this event), Infested ELID creatures and Sangvis Ferri. A global summit held in Belgrade has been attacked by Paradeus forces with the help of local extremist groups. The city's anti-ELID walls have been breached, creating the perfect distraction for Paradeus to carry out their plans within the city. Meanwhile, Sangvis Ferri works from the shadows to prevent precursor technology from falling into the wrong hands, pursued relentlessly by M4A1 and the rest of Task Force DEFY. In the middle of chaos, G&K finds itself embroiled in a desperate fight on multiple fronts to keep the city under control.