2020 summer story event. Dual Randomness is the latest story progression of Girls Frontline, following right after story mode chapter 13, the event tells the story from two perspectives, from Security Bureau agent Angelia and from the G&K Commander (Player). Dual Randomness event will be released in two halves, event chapter 1, 2 and 3 will be available upon event release on the 20th of August, further chapters will be released after 3rd of September.

Both interface and overall gameplay difficulty of Dual Randomness is similar to the previous events Polarized Light. The event offers normal and hard difficulty, with the way the event is laid out, players can obtain the hard mode reward by simply defeating the first level of the hard mode story node. Normal difficulty can be completed with lv80+ 4x expansion T-Doll echelons with decent graded equipment and fairy/HOC back ups, while hard difficulty test the players' echelon level, role diversity, HOC levels and specifically for chapter 2, Coalition echelon levels.

All event chapters are on display on a single side scrolling menu, a counter can be seen on the main combat node of each chapter, informing the player the progression of the chapter. Unfortunately both the normal and hard version of the combat node shares the same counter, the counter will register the highest progression only, meaning that switching difficulty nodes will not move the overall chat progress. Chapter 1 combat node has five stages, chapter 2 has nine, chapter 3 also has nine.

Repeatable farming nodes of each chapter

When the counter for the main combat node reaches max value, the player can then progress to the next chapter, however a 'farming' node is also unlocked. The farming nodes will be marked as E?.1, the farming node will contain a selection of limited edition dolls available for looting, as well as the chapter specific newly introduced dolls of this event.

Branched out story only nodes

As players progress through the main combat node, side story nodes will start appear underneath, those are story only, but completion will yield some item rewards. 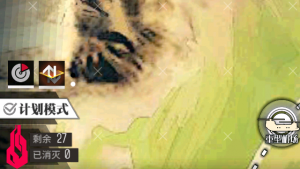 Up and down arrow icon button located bottom left of the battlefield UI, click to cycle between unlocked battle zones. 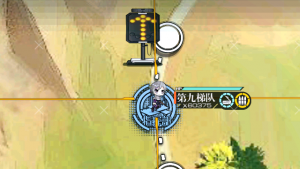 Standard zone travel node indicated by the arrow sign, move echelon on the node to travel to next zone. 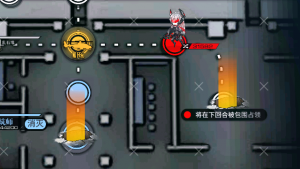 Floors had gave out on certain battlefield nodes, stepping on them will allow a ONE-WAY TRAVEL down to the next zone. 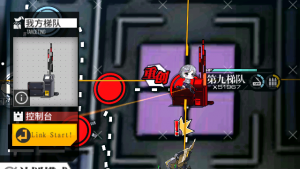 Some interactive control panels on the battlefield can also allow unlocking of a new battle zone, look out for them.

A new mechanic introduced in this event, battlefields can be expanded into different sectors, floors, and even cyber space. Echelons deployed/moved into expanded section of the battlefield will share the same movement point as the overall combat session.

Echelons can be moved into new sections of the battlefield via a few means, for details see album attached.

Players will be rewarded with crates upon completing event battle maps.

The rebuilding of G&K has began, after the brutal battle during Polarized Light and Chapter 13, the Private Military Contractor has exhausted almost the entirety of their available combat forces and manpower. But things are looking up, having finally returned home to the G&K base, all the human staffs and survived combat hardened dolls have returned, even the Boss Mr Kyruger himself. A brief celebration took place, but soon enough, new work has arrived. Informed of agent Angie's movements into the city of Bremen, a territory under East Germany jurisdiction, Mr Welkin of I.O.P., G&K's new sponsor has personally requested the base Commander to assist agent Angie and DEFY in anyway they can.