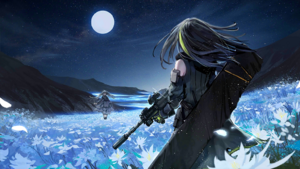 Epiphyllum, commonly named Night-blooming cereus or Queen of the Night, is a plant genus native of Central and South America, peculiar for producing large flowers that only bloom at night.[1] In the world of Girls' Frontline, Epiphylla flowers have the additional particularity of being able to soak in Collapse radiation for long periods of time before releasing it all at once when they bloom.[2] While soil silication and Collapse storms make Red Zones and Yellow Zone borders hostile to plant life, regional variations of Epiphylla can grow in large clusters on low terrains.[3]

90wish studied the application of Epiphyllum for Collapse radiation cleanup, then as a mean to induce controlled ELID that would allow human subjects to interact with Relic Technology. They led over three million simulations on the potential of using the large doses of radiation released by blooming Epiphylla to modify the genetics of human subjects to the point where they would be registered as authorized users by Relics, but failed to find a method that would not trigger ELID disease in the subject, simulate subjects with higher resistance who could be infected and used to unlock low-authorization relics before dying, nor replicate the unique Collapse radiation immunity of Kawasaki Kazusa. Professor William believed only live tests could bear results, and since 90wish denied human experiments, he cultivated improved Epiphyllum strains and used the Red Zone city of Tallinn for his own experiment, using the failed Nyto clones (“Isomers”) and refugees who were lured in as live subjects,[2] using Paradeus units to prevent them from leaving the city.[4]

The vast field of Epiphyllum in the valley near Tallinn[5] bloomed at night at several days intervals,[6] when Isomers would assemble to be “cleansed of their failed bodies, ascend to Heaven and find peace”, every time killing most Isomers. Isomer White was the only Isomer who was never killed by the blooming Epiphyllum.[7]

William later expanded his Epiphyllum operations by backing the plants-worshipping cult running the Flora Institute of Bremen in Germany. The cult cultivated William's enhanced Epiphyllum in the Institute's underground levels,[8] and the radiation-soaked flowers were then sent to other locations in Europe to create new ELID infected.[9] 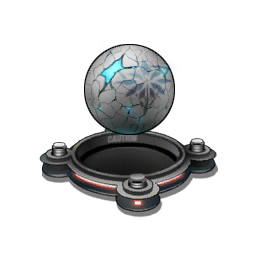 A Iaso's Box is a pollen bomb[10] and the ultimate stage of Epiphyllum weaponization reached by Paradeus. It is named after the Ancient Greek goddess of recuperation from illness, one of the daughters of Asclepius, god of medicine. The dangerous box motif is borrowed from the Greek myth of Pandora's Box.

The Boxes were developed by Paradeus in cooperation with Leone Michel from the Flora Cultists, and resulted in a weapon of mass destruction that is both easy to carry[11] (Narciss carries one during the Berlin Prison attack[12]) and cannot be detected by conventional methods.[11] Containing irradiated Epiphyllum pollen at high concentration, a Iaso's Box can quickly contaminate a large area with ELID. Operation Cocoon, Paradeus' plan to destroy Berlin, involved the deployment of a large number of Boxes in the city.[13][14]

The Paradeus units Staff of Aesclepius and Dish of Aceso, aside from sharing the Greek medicinal pantheon motif in their name, can produce an Elusinian Mysteries cannon, powered by a Iaso's Box and able to fire an irradiated plasma beam contaminating the target area.