Note: This event walkthrough is written by 炽焰的菲卡 from NGA.cn and translated by Girls' Frontline Wiki. Reposting not allowed without the author' s permission.

Since Operation Deep Dive is one of the major events, clearing all levels will be challenging for most commanders. Compared to last major event (Arctic Warfare), the first two chapters are easier, while the third chapter is much more difficult. Therefore, only the first two chapters rewards T-dolls so that new players can also get the most out of the event. New players should try their best to clear E2-4. Those who wants to clear the third chapter must be fully prepared. All types of enemy units are presented in the third chapter. Make sure your echelons can handle all situations.

In rescuing hostages, commander needs to search for specific amount of hostages on the map and bring them back to an airfield or HQ. Hostages can be attacked. Each time a normal enemy attacks, hostage will lose one health and the enemy would be destroyed. BOSS unit and the advanced suicide unit (the red ball) will kill hostage on one attack regardless of hostage's health. Please be careful.

These two new mechanics improve gameplay greatly, (Would be more interesting if hostage casualties are ranked. XD) and, in turn, the complexity of each map is increased greatly. However, it provides new way for clearing specific maps. If one is lucky, he/she won't have to confront BOSS to achieve victory. Might be good or bad news for different types of players.

Let me emphasize one: this event is NOT designed based on the new tactical fairy system. Therefore, don't panic if you don't have any tactical fairy. You can definitely clear the event without them.

However, having certain types of fairies does bring certain advantages. There is one type called "air drop fairy", which changes the gameplay to some extent. It provides shortcuts on certain maps which saves you from suffering from "long march". Meanwhile, tactical fairies provide considerable buff to your echelons. This will come in handy when clearing the third chapter. Also, if you plan to try out the ranked battle after chapter three, tactical fairies would definitely provide great helps. Therefore, if you have spare resources, it's highly suggested that you build some of them.

(I don't know what the name is referring to) To deal with the red suicide bomber, the most feasible way is to run away from them as far as possible. If you try to confront them, in most cases, you will get destroyed. The only bomber we need to defeat is the black suicide bomber, which drops supply crate. And commander will spend a lot of time trying to catch them.

Also, this event maps consists of a lot of one way circle. It's very annoying and complicates the gameplay.

You MUST learn how to change the position of your T-dolls during battle! If you don't know how, ask those who knows! BOSS is invincible while using skills. You should get used to it. 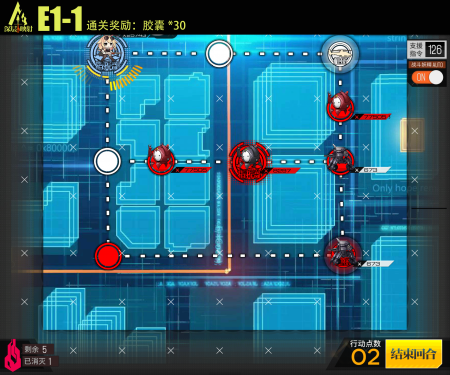 Turn 2: Move right and up towards enemy HQ. 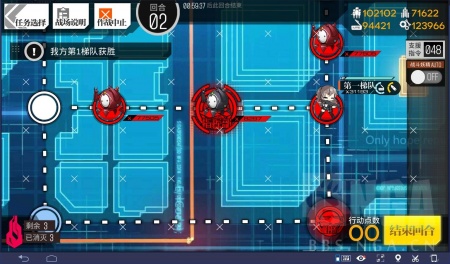 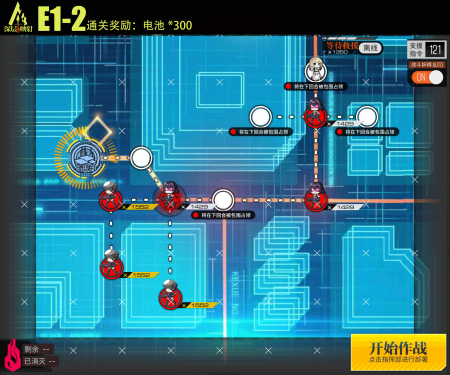 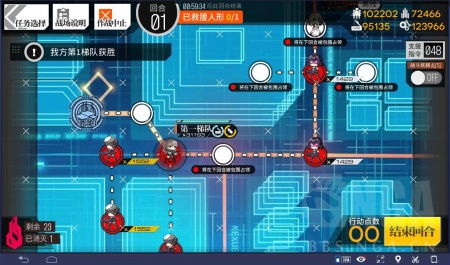 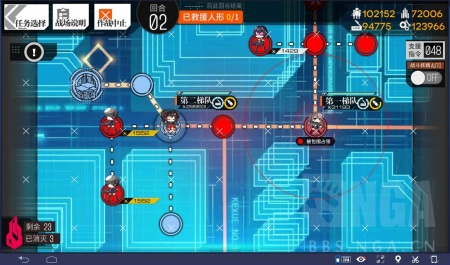 Turn 2: Deploy another echelon to defend the airfield. The first echelon moves ahead and rescue the hostage.

Turn 3: Bring hostage back to airfield. 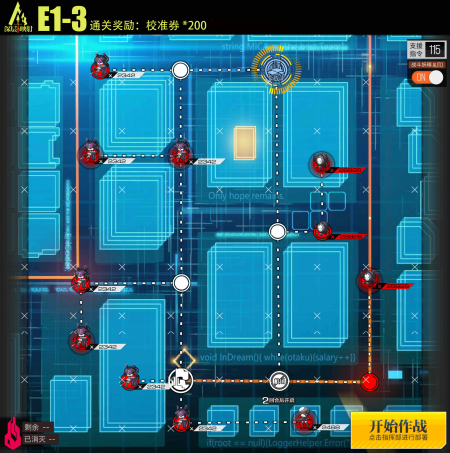 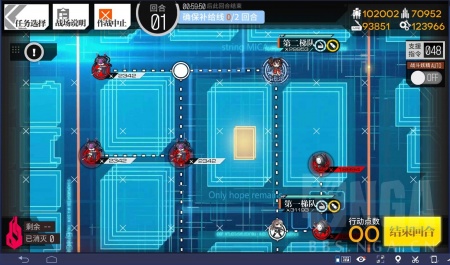 Turn 1: Deploy one echelon to defend HQ, and another one to move towards supply depot. 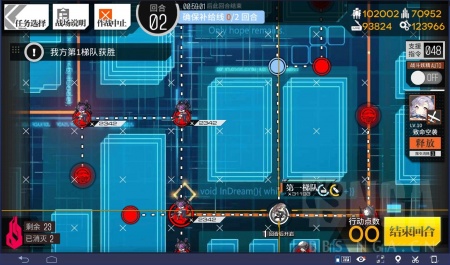 Turn 2: Defeat the black suicide bomber on the right and take the airfield. 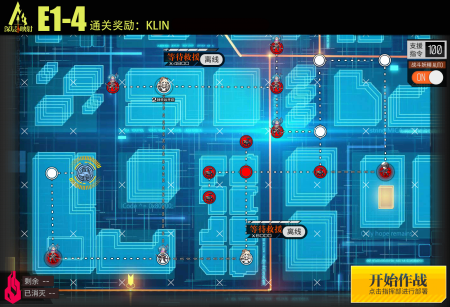 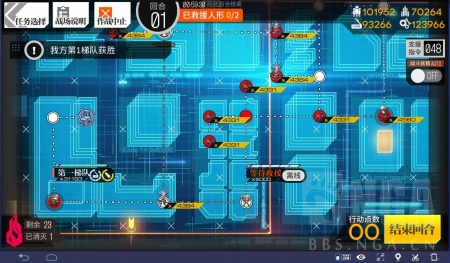 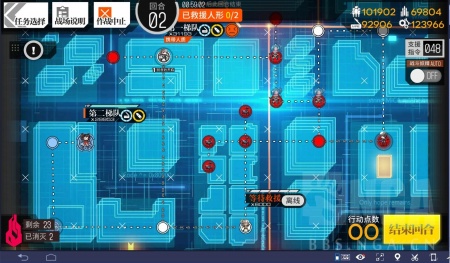 Turn 2: Rescue and evacuate hostage, and deploy any unit at HQ for additional movement point. 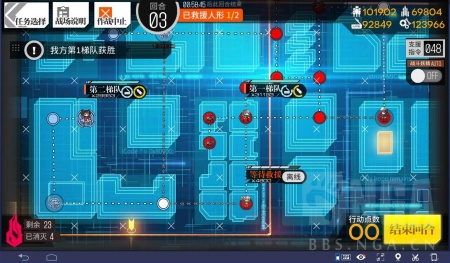 Turn 3: Move towards the next hostage.

Rescue hostage and return to the airfield. 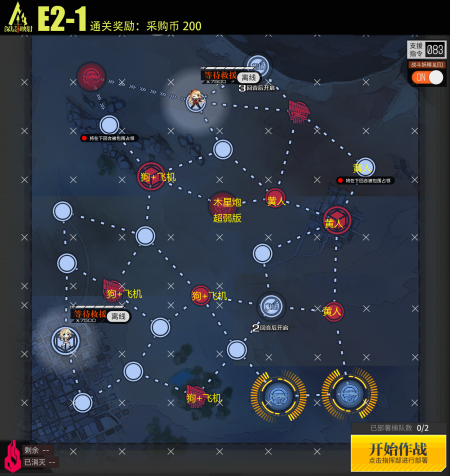 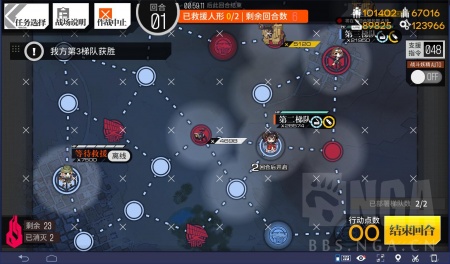 Turn 1: Deploy two echelons, one take the airfield, and another head straight up. 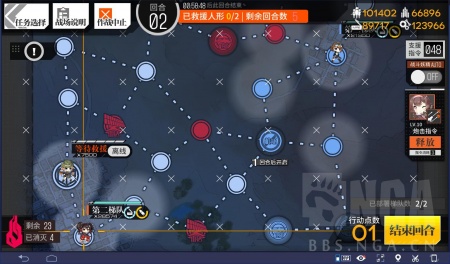 Turn 2: One echelon goes for the hostage on the bottom left. 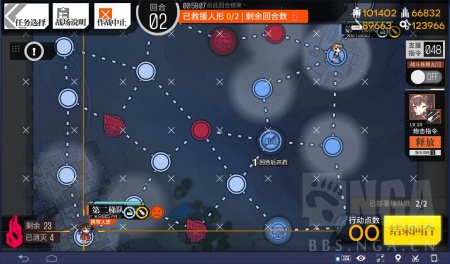 Exchange position with the hostage first and then rescue it. 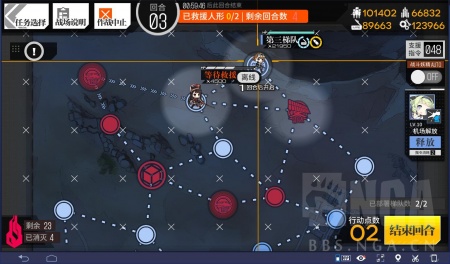 Turn 3: The team with hostage goes to airfield for extraction. The other team goes for the airfield near the last hostage. 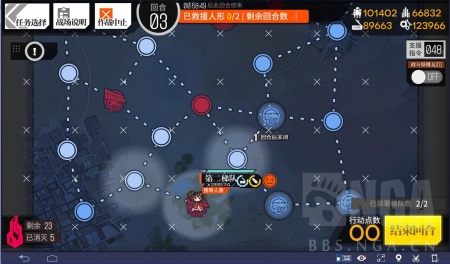 One more turn, and we can save all hostage. 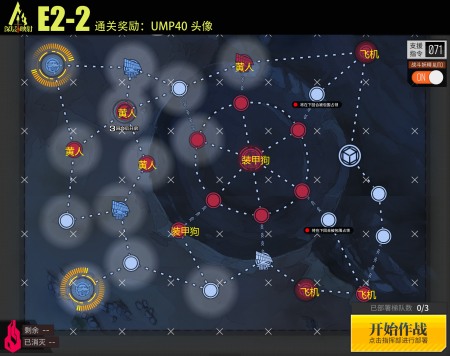 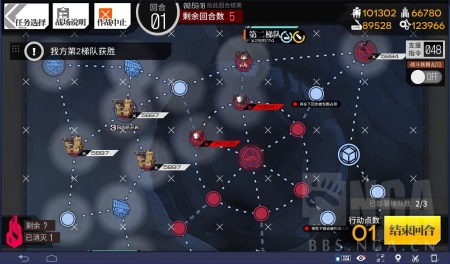 Turn 1: Deploy echelon on each of the two airfields. The upper left team take the radar. Wait one turn to see if the black suicide bomber can be spotted. If one is spotted, move ahead and destroy it. 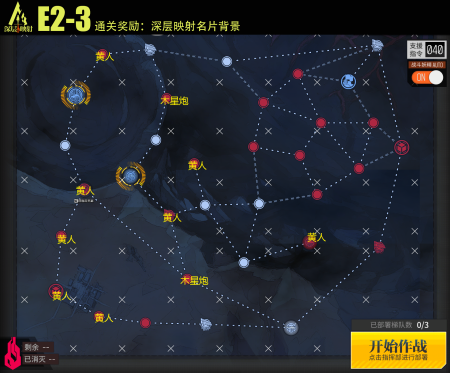 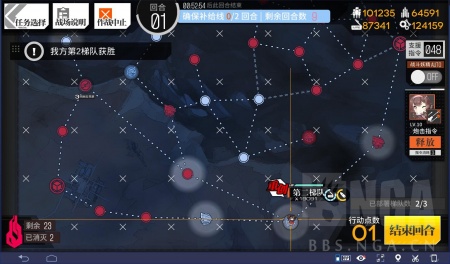 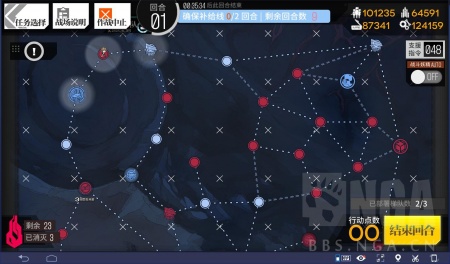 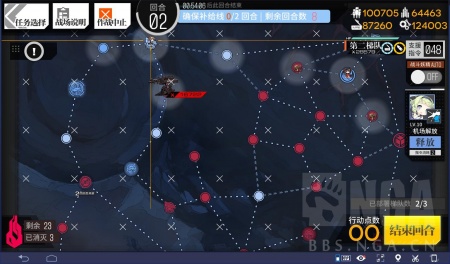 Turn 2: After repairing, the first team goes ahead and take the supply depot. The second team takes radar. 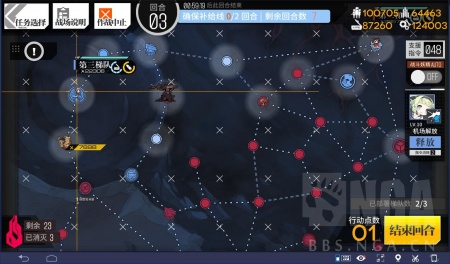 Turn 3: Establish supply line and defend. Pay attention to the situation around HQ to see if it needs to be defended. 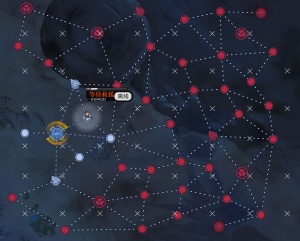 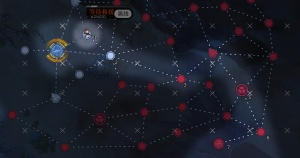 Example guide 1 to beat the map 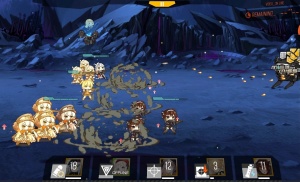 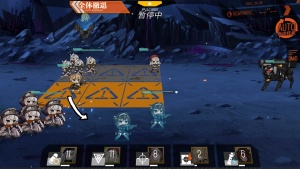 The special attack of the boss shows a warning which gives you time to move all units out of the middle row. Units on the outer rows will be too slow to escape

Turn 1: Deploy an echelon (A) at the main base and move it to node 1, picking up the wounded, then move to node 2.

Turn 2: Deploy a second echelon (B) for move-count purposes and move echolon (A) to node 3.

Turn 3: Move echelon (A) to the radar on node 4 and then to resupply node 5. Resupply there and then go back to node 4 to capture it.

Turn 4: Move echelon (A) to the supply node 5 and capture it.

Turn 5: Move echelon (A) to node 6 to beat the boss and capture this node. This will result in node 7 being turned blue.

Turn 6: Move echelon (A) to node 7 and dispatch the wounded.