From IOP Wiki
< User:Somnium
Jump to navigation Jump to search 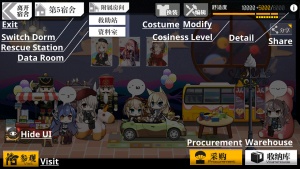 Dormitory is the living place for all Griffin personnel. Whenever they aren't on a mission, they usually can be found here doing anything they like; be it talking with their roommate or simply sleeping. Dormitory will display the occupant, guest, and Commander avatar. They can interact to each other through simple gesture and emoji bubbles.

Gameplay-wise, Commander can interact with characters displayed there, like picking up and dragging them around. Commander can also pops the heart bubble to raise their affection which can be done once a day.

Two dormitories are available at the beginning. Additional rooms can be unlocked by purchasing the infrastructure through the shop, up to 14 rooms. Commander can only purchase additional room equal to the number of echelon slots available.

Commander can customize how each dormitory looks with available furniture and pet. Furniture can be obtained through procurement or event reward, while pet can be adopted from rescue station or event reward. Decorating dormitory doesn't only make it looks better, but only raise the comfort level, which will determine the battery regeneration speed.

Every scheduled time, Commander can collect battery generated in the dorm. The amount is tied to the total dorm comfort level. The higher the number is, the faster the battery will be regenerated.

According to an official statement[1] the drop rates are as follows. 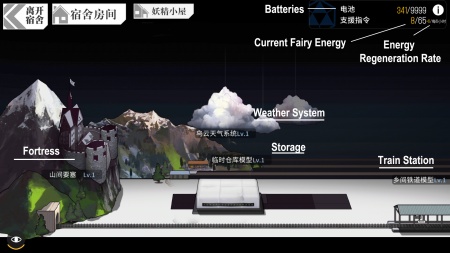