The Following commanders contributed to this guide:

Below is the Node information for this chapter 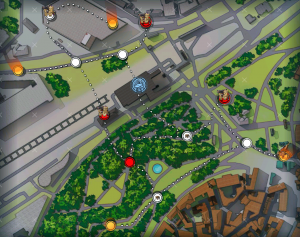 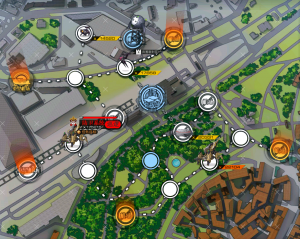 Note that this map has an echelon limit of 1. Manage your action points carefully and use encirclement to take as many nodes as possible. 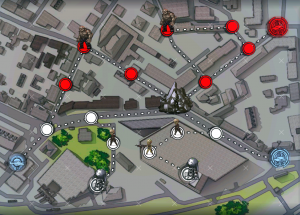 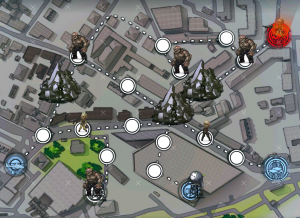 No matter which objective you're doing, you will need to destroy Rubble Pile 1 using the leftmost Abandoned Golyat (defended by a 72k CE Smasher) in order to access the second Abandoned Golyat. Stepping on the node next to Rubble Pile 1 will change the top left Smasher to change its pathfinding. 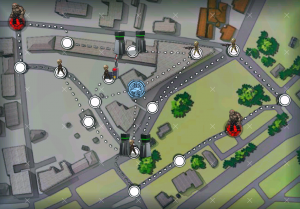 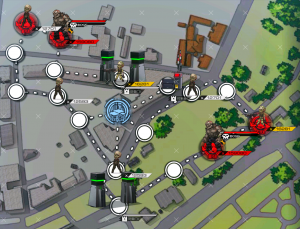 This map introduces enemies that can destroy Structures, indicated by the orange wrench icon. The Smashers in this case will finally live up to their name and destroy closed Gates within a 1-node radius of them during their turn. Smashers will only destroy structures which are in their way and not structures they are standing on. Thankfully, this does not make them immune to having the door closed on them, and you can abuse this to complete Objective 1 by waiting until the Smashers have arrived at the open gates to close the door in their face repeatedly. This will leave their ELID infectee friends at 1 hp, allowing you to easily mop up the initial wave and attack the Smasher without distractions until it summmons another wave. 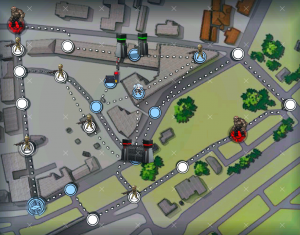 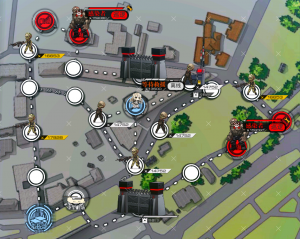 The last map of Chapter 2. Much like before, the Smashers here will destroy the gates, and this time, you're not going to make it to the control panel this time to save them. To make matters worse, HG Desert Eagle

is trapped in a horde of infectees and only has 3 links left! This time, however, you have access to something helpful: a single Heavy Helipad, from which you can call down a HOC for fire support.