Receive 60 diamonds instead of 30 each day from Diamonds Monthly Pass for the duration of the event.

Note: Each package is only purchasable once. 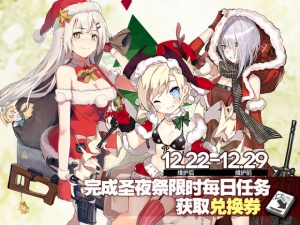 Complete daily quests to acquire exchange coupons for up to 15 coupons a day. 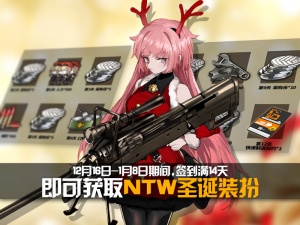 Login for 14 days to get a NTW-20 Christmas costume and other rewards. 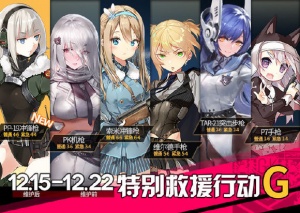 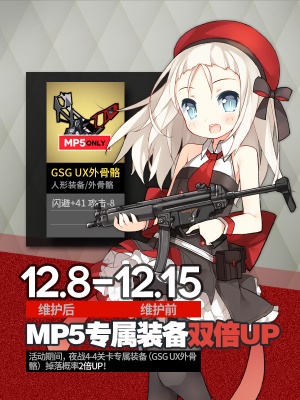 Starting from December 8th, the drop rate of GSG UX Exoskeleton(MP5) only will be doubled.

Note: The equipment is a possible reward for clearing Episode 4-4N.

Note: The package is only purchasable once a day.