This article still needs to be completed with this content: Add gameplay info.
You can help us by contributing. 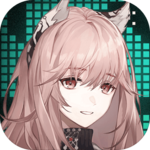 The game released in Mainland China on 23 September 2021 and is scheduled for release in Taiwan and Korea. Pre-registrations opened for the Japanese and English versions on 29 July 2022.

42LAB's superserver, the first of its kind, is named Magrasea. Its security is maintained by the AI antivirus Sanctifier and it gives 42LAB the storage and processing power needed for their research projects. Magrasea is also rented to partners such as Svarog Heavy Industries, Cyber Media, Universal Anything Services, Ultilife, and various NGOs, research teams, public services and private individuals. Naturally Project Neural Cloud is housed on this system. Data from different companies or industries are stored in standalone sectors to provide sufficient space for data simulation and ensure privacy, and standalone AI routines can be run in individual sectors. However, it is still possible to exchange data between sectors and Sanctifier has access to all sectors to provide security measures.