This page will cover the Main Screen User Interface.

This article may require cleanup, for the following reason(s): After the new client update, this page needs an update, too, as some features are missing 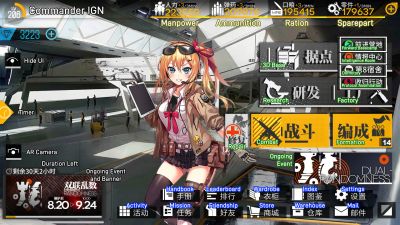 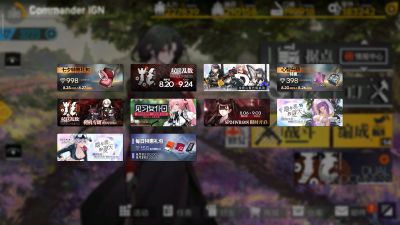 Full display of all ongoing banners. 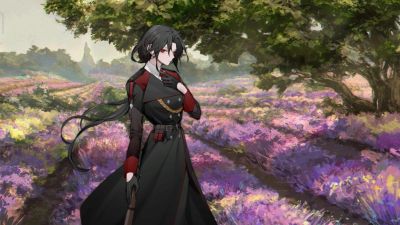 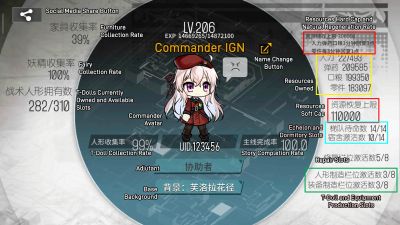 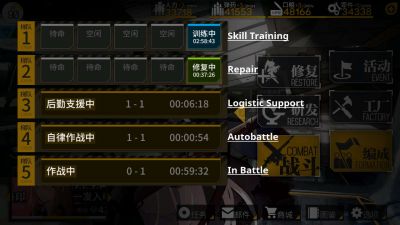 In each of these cases, the time remaining is displayed. In the latter three cases, the chapter and the location of the task currently being undertaken is provided as well.

Adjutants are the characters displayed on the main menu. Adjutants are set from the player profile and can be selected from all the Dolls and fairies owned by the player, plus a set pool of NPCs. All T-Dolls costumes and neural upgrades, fairies appearances based on rarity and Kalina's shop costumes (but not her in-story appearances like her journalist and armed sprites) can be selected as separate entries. Aside from Kalina, Helian, Kryuger, Persica, Dier, Sier, Havier, Angelia, K and Marlohe can be selected from the NPC tab, but only with their default appearance (K and Angelia's armed sprite, Angelia's appearance in Isomer and Dima aren't available options).

There are six slots in the adjutant menu. The characters set in the two rightmost slots will be displayed at the same time (called "Group Photo" in the menu), which is why it is counted as a single paired slot in the UI. Only the character on the left slot of the Group Photo can be interacted with on the main menu and Live2D doesn't work when two characters are displayed at the same time. After selecting the character, it can be placed freely on the screen with the menu buttons and speech bubble are overlaid to preview the final result. Costumes can also be swapped with the down right list and the top right arrow button let you select between the normal and damaged sprite for T-Dolls. Live2D can also be disabled.

When multiple adjutants are set, use the horizontal swipe gesture to cycle through them. Tapping on the adjutant in the main menu will display a speech bubble. T-Dolls base sprites have two regular dialogues, one dialogue displayed by tapping repeatedly, a new dialogue when Oathed and bonus dialogues with costumes. Fairies have no dialogues but Live2D-compatible fairies have animated interactions. NPCs have a fixed set of 20 dialogues.