Combat Mission is the main part of the game for players to proceed through the story and unlock new combat mission chapters, Logistic Support and a few construction function. 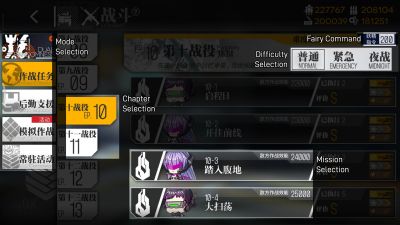 Upon tapping the Combat button on the main screen, Commander will be directed to this screen. Here the Commander can choose to engage in different combat modes. 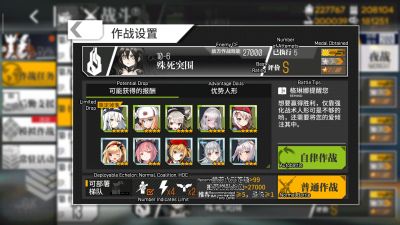 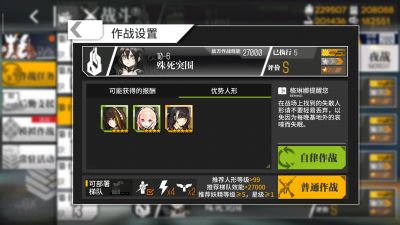 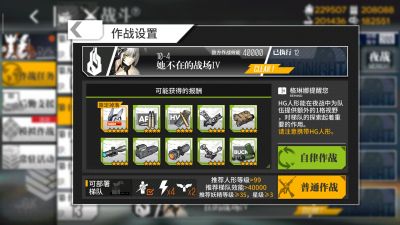 Selecting one of the mission will display the Commander this screen. It contains various information about the selected mission.

To see how to play the combat mission, please click this link Combat. 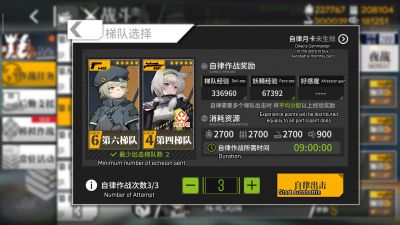