Come and join this Freaky Pandemic! It's sure to be a Thriller.

The Invitation of the Full Moon Re-Run has once again begun!

"Invitation from the Full Moon" re-supply is live!

K2 has arrived and is now craftable from production. 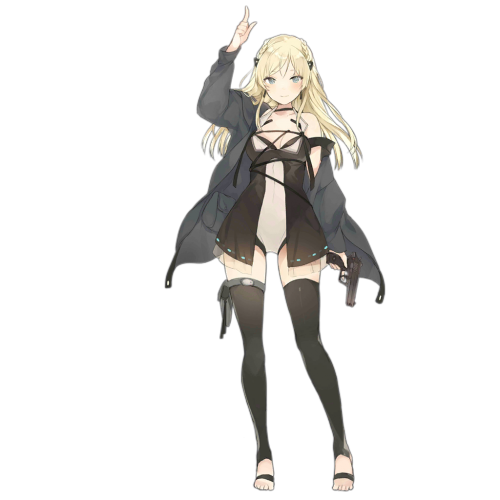 This Pandemic is sure to last.

The Invitation of the Full Moon Re-run only lasts so long.

The Seventh Banisher Costume Bundle has been stocked once again!

A new Halloween re-supply is live!

Developed by Mica Team, Girls' Frontline is a mobile Tactical SLG for Android and iOS where the player takes the role of a newly recruited commander in a Private Military Company named Grifon&Kryuger and completes various tasks by commanding highly advanced androids known as Tactical Dolls.

This wiki serves as a data base for all the Girls' Frontline servers and provides translated information on non English server contents.

If you like what we do, check out our Discord channel!