The great success rate of logistic missions will be multiplied by 1.5x for the duration of the event. 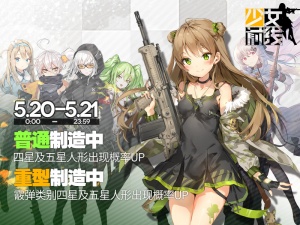 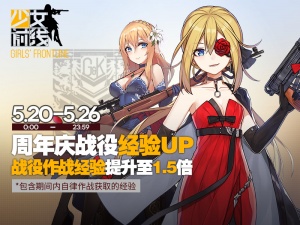 The EXP received in Combat Missions will be multiplied by 1.5x for the duration of the event. 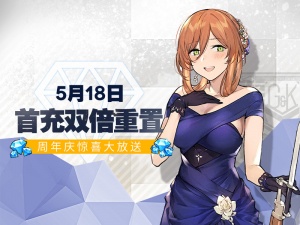 To celebrate the anniversary, all first-time bonuses from each diamond purchase options will be reset. 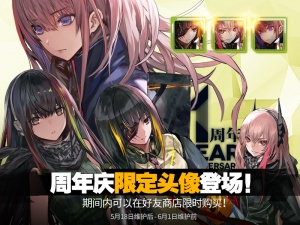 Limited Anniversary avatars for M16A1, M4 SOPMOD II, and ST AR-15 will be available for sale in the Friend Shop for the duration of the event. 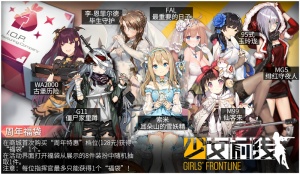 Purchase the "Anniverssary Discount" package (￥128 RMB) in the diamond purchase tab of the cash shop to obtain a "Annversary Lucky Bag" containing one of the following 8 random costumes: 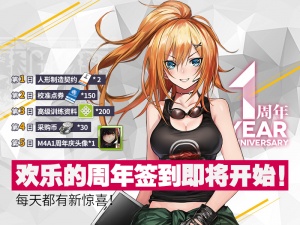 Logon during the event to claim various rewards based on how many days you've accumulated: 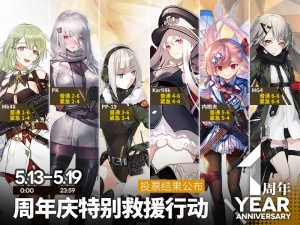 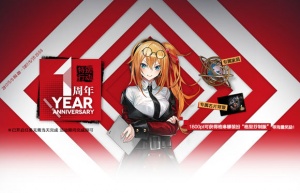 May 6th 00:00 GMT+8 ~ May 26th 23:59 GMT+8
Anniversary Special Operation event will be online during the time period. Obtain 1800 points (from totall 3000 points) to get exclusive Kalina Outfit Griffin Uniform.