Combat Missions are the main part of the game for player to proceed the story and unlock new combat mission chapters, Logistic Support and some construction functions.

The main part of the interface allows you to select a combat mission. 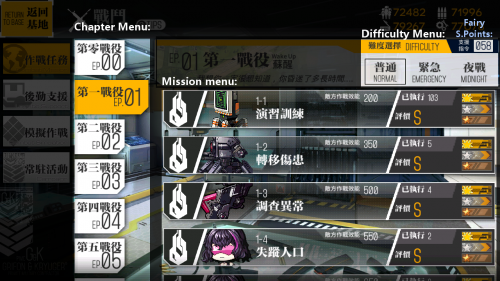 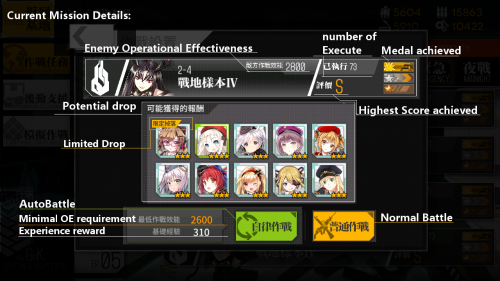 After selecting a mission, a mission window will come out.

Number of execute : How many times player has started/executed the selected mission.

Highest Score achieved : Highest score the player has achieved on this mission.

To unlock Auto Battle, you must achieve All three medals of the mission.